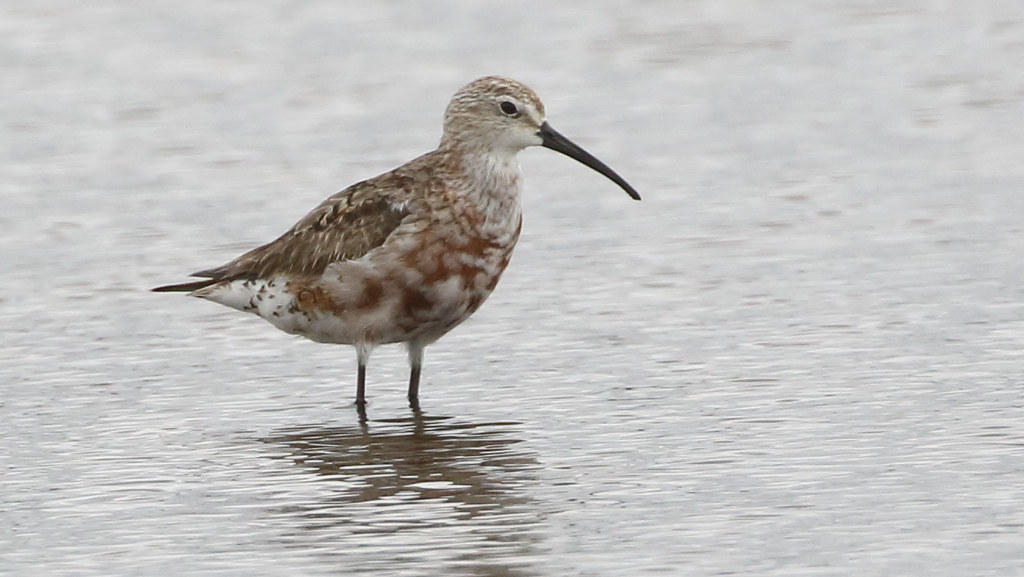 Locally common but globally endangered small shorebird of mudflats around the city. Considered critically endangered in Australia and Near Threatened globally, with intense conservation actions in place to prevent further population declines.

Named for its long, downcurved beak which is one of this species’ most useful ID features, the Curlew Sandpiper is a small, generally unassuming shorebird which favours coastal mudflats for its wintering grounds here in Australia. Birds are gregarious, particularly at roosting sites, with counts in the hundreds being not uncommon, and counts in the thousands are attested. 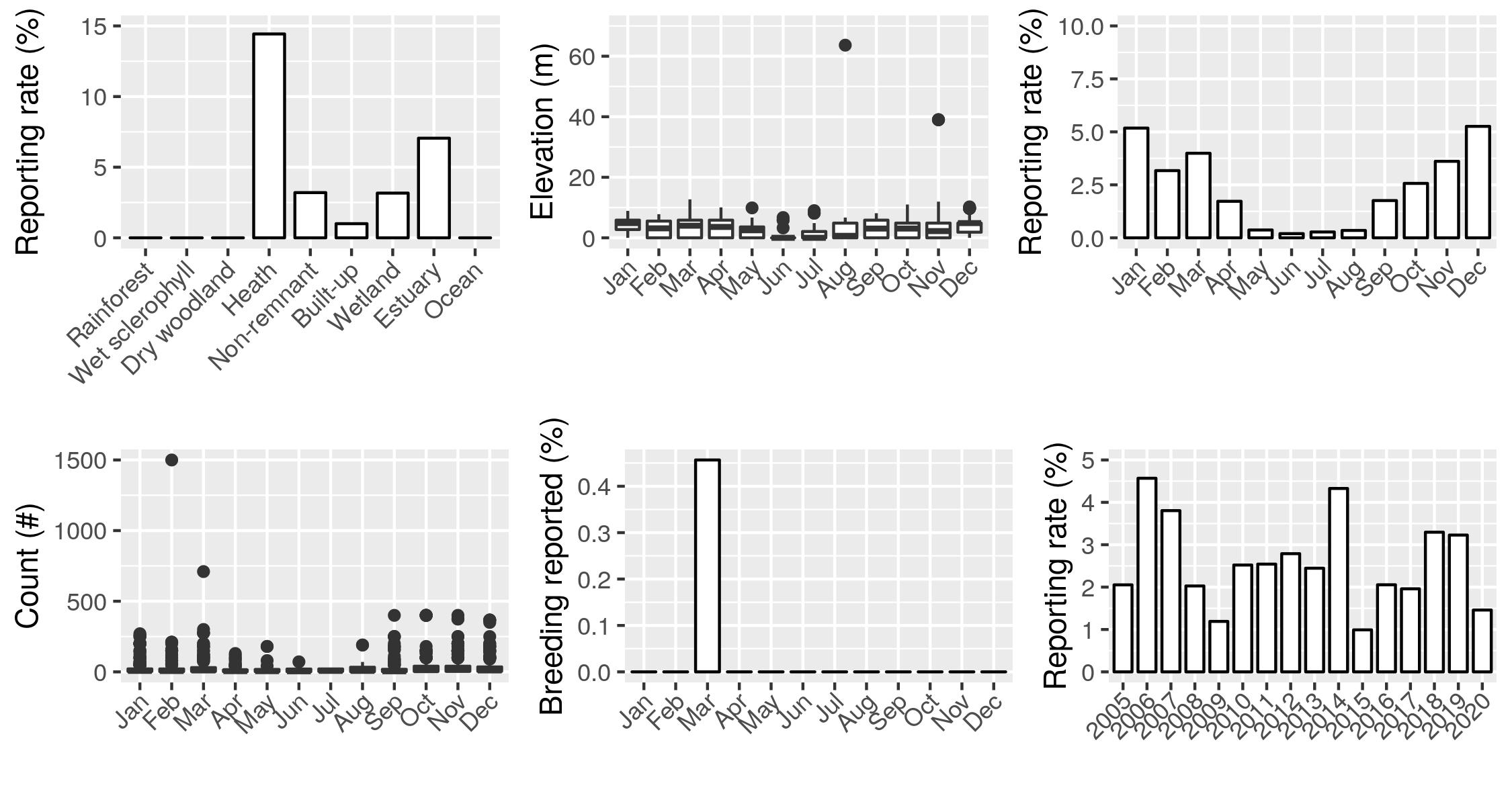 Widely distributed across the Old World and Oceania, the Curlew Sandpiper is one of Moreton Bay’s most common shorebird species, with annual numbers over summer likely in the thousands. Birds breed across the Siberian Tundra over the boreal summer (austral winter) before migrating 15000km south to their wintering grounds across Eurasia, Africa and Oceania. At optimal sites in Brisbane, particularly roosting sites at the Port of Brisbane and Manly, counts can number in the many hundreds, although typical counts are much lower, with an average count of around 30 birds seen at a time. Counts of over 100 birds have been reported from many sites, including the Lytton, Manly and Port of Brisbane Wader Roosts, Nudgee Beach, Boondall Wetlands, Tinchi Tamba, Lota and Pinkenba.

Curlew Sandpipers are one of Brisbane’s more selective species of shorebird in terms of habitat use, showing strong preference for large, expansive mudflats at low tide to feed on and replenish body mass after their long southward migration. Their roost preferences at high tide are more relaxed, and birds can be found at many wader roosts around the city over the summer months; the species is commonly found in mixed flocks with other shorebirds including Red-necked Stint and Bar-tailed Godwit. As a consequence of this preference, birds are restricted almost entirely to the coastline of Moreton Bay (including the mudflats around the inner bay islands and the south of Moreton Island), with very few records more than 5km inland.

Birds have been recorded across the entire stretch of Brisbane’s internal coastline on Moreton Bay, from Tinch Tamba in the north, all the way down to Ransome in the south, with only a few gaps in the distribution currently due to lack of survey effort. Conservation organisations such as the Queensland Wader Study Group have been studying this species in Brisbane for many years, and as a consequence we have a strong understanding of its distribution and habitat preferences both locally and internationally.

Overwintering birds (of which there are a few each year, but never in large numbers - probably first year immatures) seem to show similar preferences to migratory birds in terms of distribution and habitat. However, shorebird survey effort is lower over the winter months as birders move inland, so more in depth effort in this regard might be beneficial.

As noted above, Curlew Sandpipers are a strongly migratory species of shorebird, breeding in Siberia between May and August before migrating southward to spend the boreal winter in the southern hemisphere, including along the coastline of Australia. This migration is up to 15000km each way, with most birds doing the return trip every year for their entire life. As a consequence, birds are most common in Brisbane over our summer months, with the majority of the population arriving between late September and early November, staying over the warmest part of the year before departing again in late March and April. Birds do not breed in Brisbane, or indeed in the southern hemisphere.

The reporting rate of Curlew Sandpipers on eBird locally has been quite varied over the years, with no clear trend apparent. However, at a wider scale (and as a result of more controlled monitoring programs), significant declines in this species’ numbers have been observed, leading to this species being listed as nationally Critically Endangered. Causes for the decline are likely complex and numerous, but include loss of habitat, particularly in staging grounds in the South China Sea, global warming, and disruption of food stocks. As a consequence, this species is of significant conservation concern at every level - local, national and international; significant effort is required in order to reverse the steep downward trend.