The Brisbane Local Government Area (LGA) is home to a great variety of habitat types. Dominated by the urban footprint of Brisbane city and surrounding suburbs, the majority of land in the LGA is non-remnant vegetation, or built-up areas covered by houses or infrastructure. The city centre supports a small number of species that are well adapted to urban living, but the suburbs can be very rich in avian life, depending on housing density and vegetation cover (Sushinsky et al. 2013). Yet it is in the city’s extensive green spaces, both natural and man-made, that birdlife truly abounds, and these spaces and corridors are essential for such biodiversity (Beninde et al. 2015; Concepción et al. 2016).

The coastline of Moreton Bay to the east of the city is dominated by estuarine mangrove forests and mudflats, which play host to thousands of migratory shorebirds each year, as well as providing habitat for several other cryptic species within the city. Sites such as Tinchi Tamba Wetlands, Kedron Brook Wetlands and Sandy Camp Road all support a wide array of bird species, with more than 200 species recorded in each of these sites. 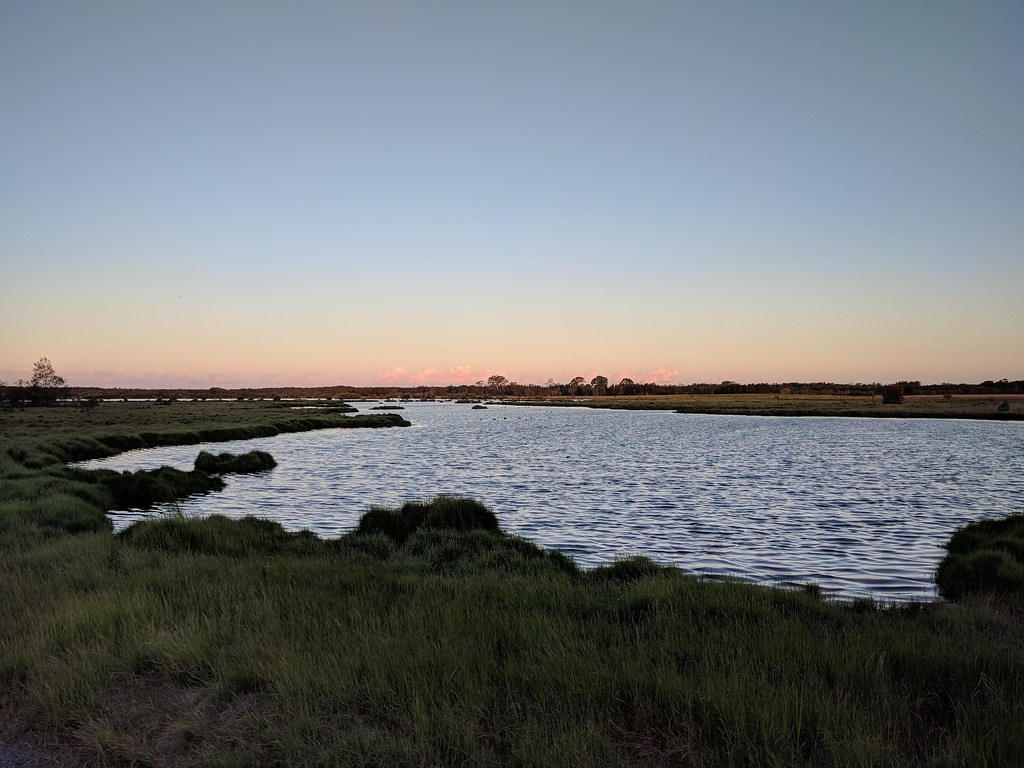 To the north west of the city, the foothills of the D’Aguilar Range incline steadily towards Mount Nebo and Mount Glorious, and are home to the majority of the area’s subtropical rainforest. Slightly further south, the Taylor Range and its peak, Mt Coot-tha, is cloaked in mixed sclerophyll woodlands. Together, these two ranges combine to form a vast area of prime forest habitat that for the most part is poorly covered by birders. 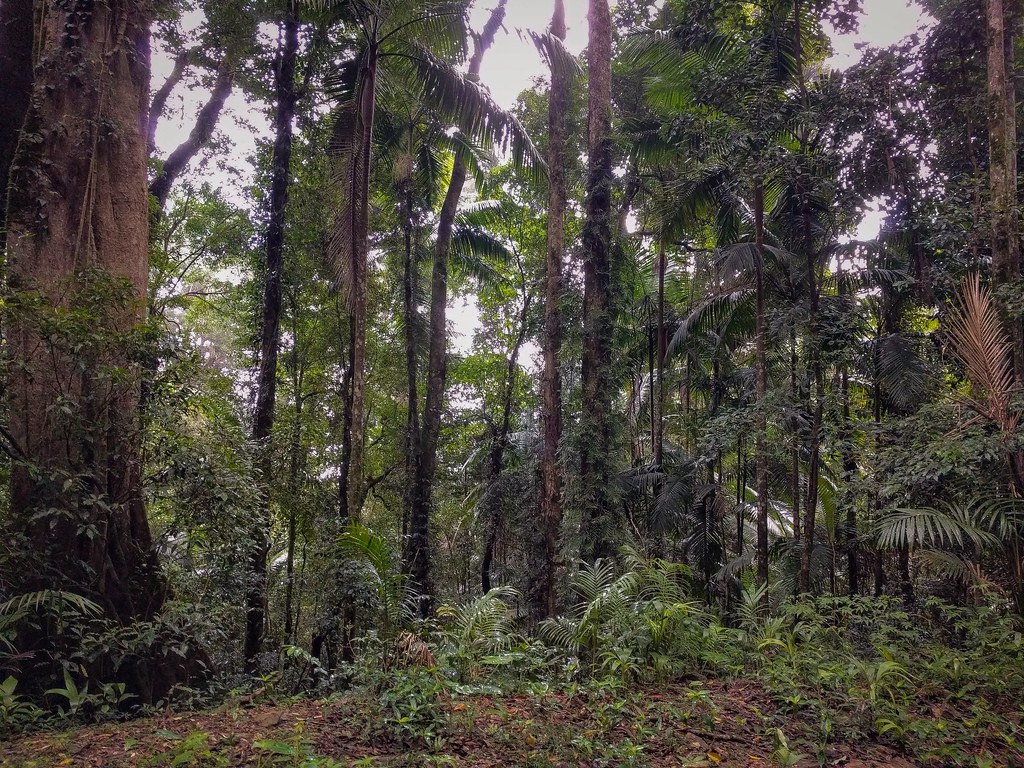 Moving further south, the extreme south west of the region is mostly flat, and is dominated by sparse semi-rural farmland with pockets of remnant habitat. Dry eucalypt forest covers the western border with Somerset Regional Council near Lake Manchester, while grassy scrub accounts for much of the remaining ground cover. This is an area of Brisbane rarely visited by birders and locals alike, despite sites such as Moggill Conservation Park, Shelley Rd Park and Lake Manchester being some of the richest birdlife hotspots in South East Queensland.

The majority of the south and south east districts of Brisbane are covered with non-remnant vegetation or housing, with only restricted pockets of bushland and consequently limited variety of birdlife. This said, some areas of suburbia are much richer than others, and the Atlas is revealing where and why this is happening. Bushland reserves in Toohey Forest, Whites Hill and Belmont make up the greatest part of the green space encapsulated by suburban development, although there are numerous smaller parks and reserves which provide limited habitat for some bird species. Despite this area containing some of the most densely populated suburbs in Brisbane, on the whole it lacks birding coverage, in part due to the paucity of obvious locations for birding and in part due to preferences among birders to visit well-established birding hotspots in other areas of the city. Suburban parks can turn up avian surprises, and eBird checklists can be submitted while visiting such places for other purposes, e.g. a social gathering.

Finally, across Moreton Bay lies Moreton Island, a 186km2 sand island that shelters the bay from the worst of the Coral Sea’s weather and provides habitat for many bird species that are absent or vanishingly rare on the mainland. The north end of the island is predominately heath, a habitat not found in extensive tracts on the mainland, while the south is coastal sandy scrub and dry eucalypt woodland. Together with the extensive sandy coastline that surrounds nearly the entire island, this makes for a distinctive set of species, and with increased birding activity many more than the current 150 species observed on the island will surely turn up. Surveys of the island’s avifauna have rarely been comprehensive (Vernon & Martin 1975) and our knowledge of the island is scarce. Access is difficult, with no tarmac roads, and Moreton Island remains the least birded region within Brisbane. There surely remains much to be discovered on this magical isle.

Altogether, just under 400 bird species have been recorded in Brisbane, with several new species being added each year. Increased activity around the region’s border, particularly in locations such as Lake Manchester and Moreton Island, is sure to increment this number steadily upwards, highlighting just how fantastic a biodiversity hotspot our city is.

Footnote: What on Earth is the Camel’s Head?

Throughout this Atlas you are likely to encounter references to a region known as the “Camel’s Head” (or various other locations named after the animal’s anatomy). A term coined by Brisbane birders, the Camel’s Head refers to the portion of the Brisbane LGA north west of about Jolly’s Lookout, including Mount Nebo and and Mount Glorious. Most of the Camel’s Head (and regions south of it towards Lake Manchester) are very poorly surveyed by birders, and there is much still to learn about the region’s ecology. Access to areas off the Mount Nebo-Mount Glorious Road is difficult, with only tracks and fire breaks providing walking entry into this part of D’Aguilar National Park.

Habitats inside the Camel’s Head and Chest are varied, ranging from rainforest to dry woodland with even small areas of mountain heath - a habitat not found anywhere else in Brisbane. Fortunately, most of the area is remnant old-growth vegetation, and as such provides excellent habitat for many species of birds. There is much still to be known about the Camel! 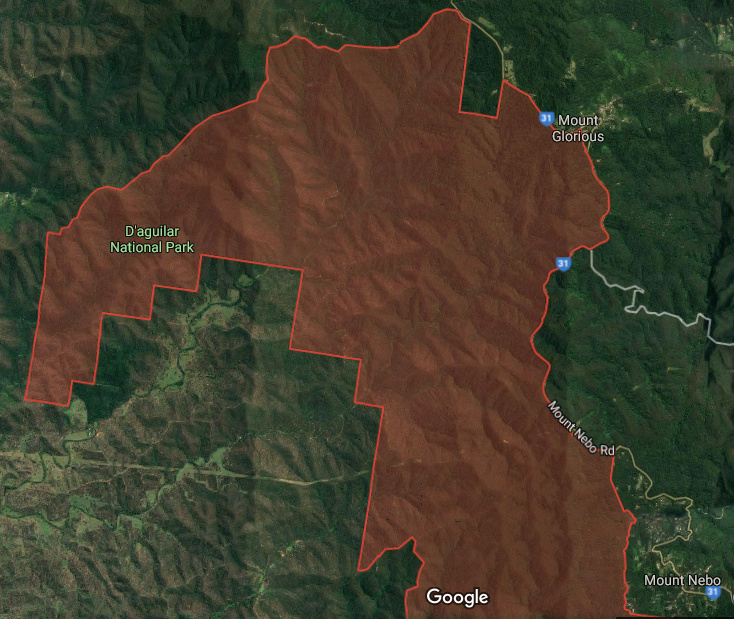 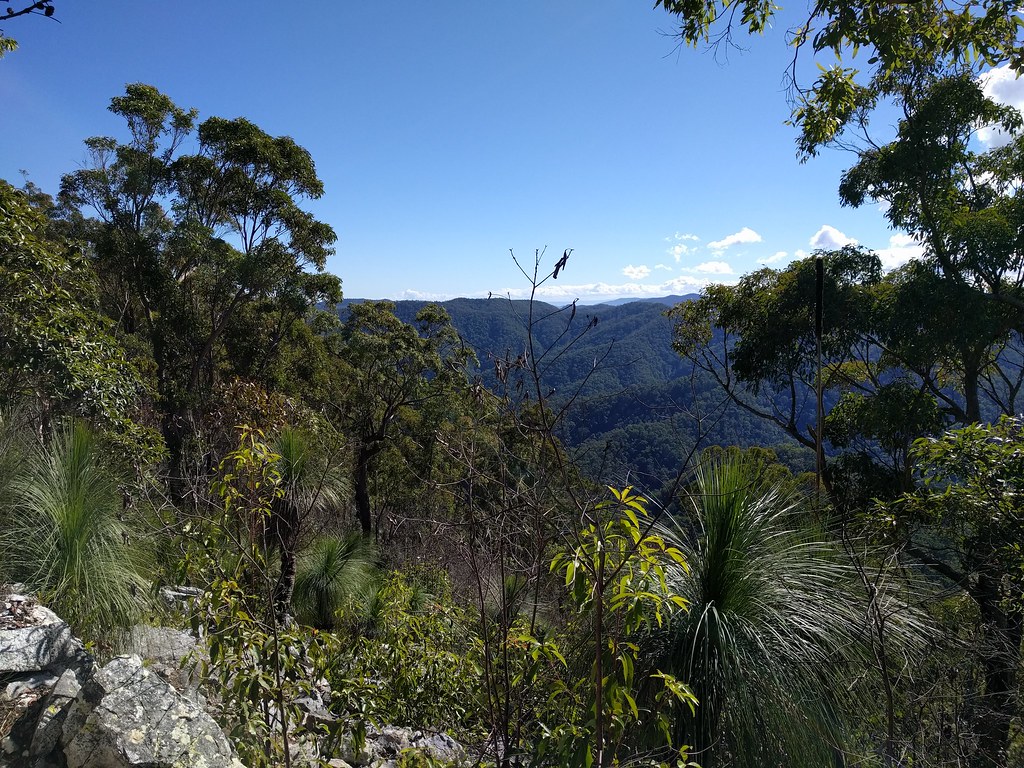 The view from Northbrook Mountain, which lies at the top of the Camel's Head.