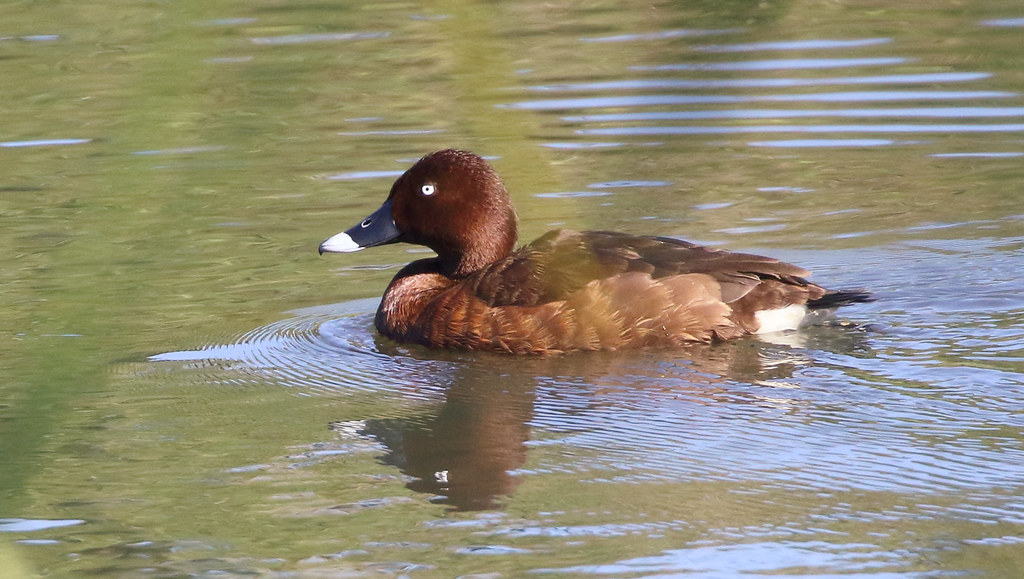 Common and widespread resident and perhaps partial winter migrant to wetlands and lakes across Brisbane. Not of conservation concern, although abundance year-to-year fluctuates, indicating that birds may be partially nomadic.

A plain brown, unassuming species of duck, the Hardhead is one of Brisbane’s most common waterbirds. A generally gregarious species, counts of up to 500 have been recorded in Brisbane, although typical numbers are much lower. Hardheads may occur on nearly any suitable expanse of water, from small suburban ponds to large wetlands. 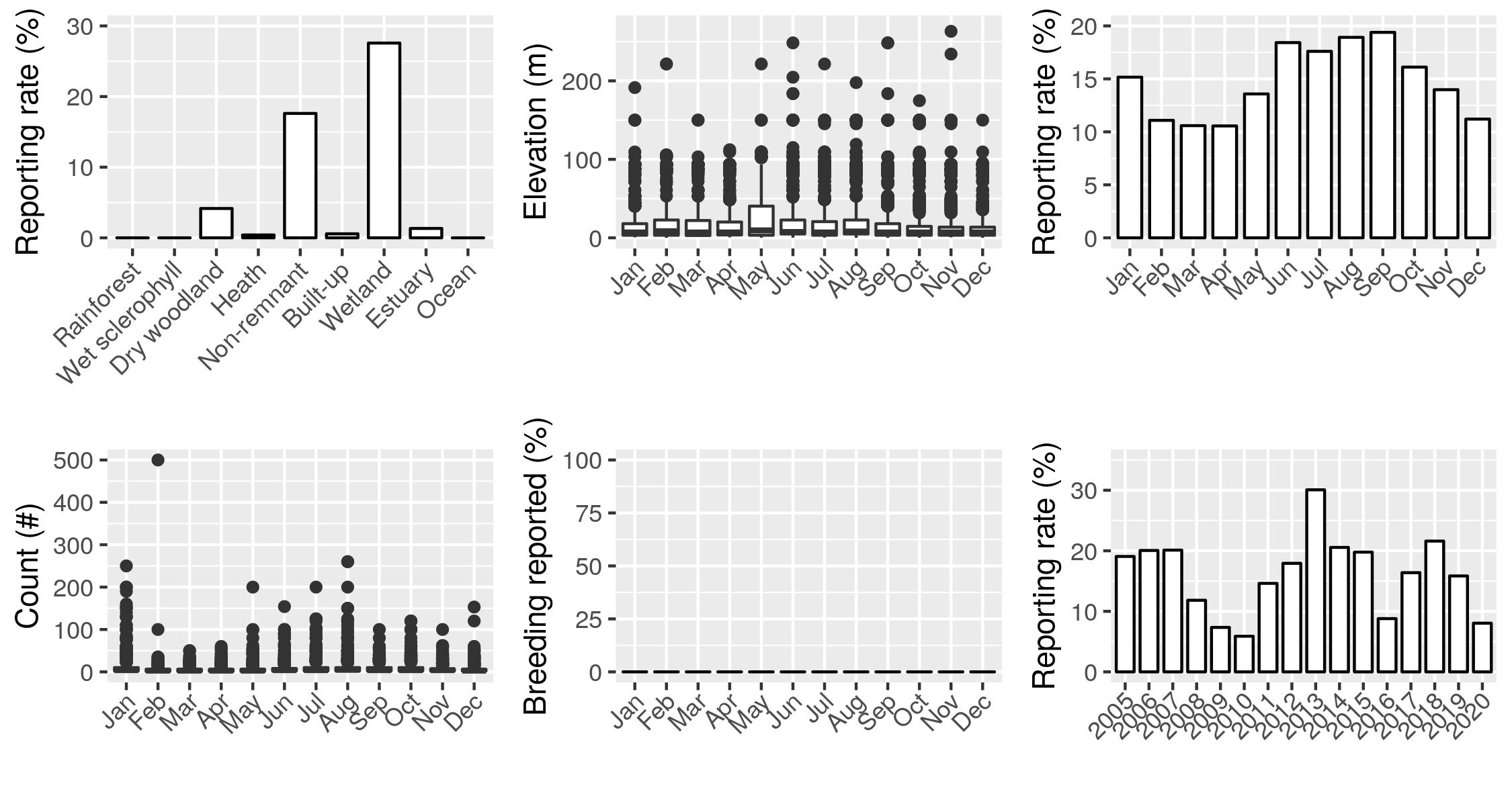 A widespread species of mixed aquatic habitats across Brisbane, the Hardhead is Australia’s only representative of the true diving ducks (Aythyini). They are common across nearly the entire continent, including within Brisbane, where birds are reported on over 15% of complete checklists. These ducks are quite well-adapted to suburban living, being common in non-remnant aquatic habitats as well as remnant wetlands, provided there is suitable aquatic vegetation and invertebrates for them to feed on.

Birds can occur in quite large numbers in Brisbane, with a high count of 500 birds in February 2003 at Tingalpa Creek Reserve (Reid 2003a), although typical counts are much lower, with an average count of 8 birds. Counts of over 100 individuals are known from 4 locations; Enoggera Reservoir, Dowse Lagoon, Tingalpa and Swan Lake. Birds are present in Brisbane all-year round, although there is a noticeable increase in records over the winter period, with birds being reported on nearly twice as many checklists over Jun-Aug as over summer. The reasons for this are currently unknown.

Hardheads are widely distributed across the bulk of mainland Brisbane, although they are restricted mostly to aquatic environments, remnant or artificial. They also occur occasionally in other habitats (such as dry woodland) as flyovers, but are by far most common in non-remnant (20%) and wetland (30%) environs. They are mostly absent from the densely-forested north west of the city, and appear to also be absent from Moreton Island and others in the Bay, although there are very few data currently available for these islands. Within Brisbane, Hardheads are mostly a lowland species, occurring at a mean elevation of approximately 10m, although records up to 200m are attested.

The geographic and altitudinal variation of Hardheads in Brisbane shows no apparent seasonal variation, with birds seemingly present in the same areas all year-round, although as noted above the species is more common in the region over winter, so perhaps birds move inland or elsewhere over summer. Furthermore, breeding has never been confirmed for this species in Brisbane; given the widespread distribution of birds across the region it therefore seems unlikely that birds are simply undetected when breeding and that instead birds move elsewhere to breed. More data and research are needed to confirm this.

As noted above, there are no confirmed reports of Hardhead breeding activity in Brisbane, a somewhat surprising result given how common this species is. Furthermore, there are only two reports of any possible breeding activity; one of courtship, display or copulation at the Botanic Gardens in 2011, and another of birds in suitable nesting habitat at Oxley Creek Common in 2018. Such scarcity of records, even accounting for the overall lack of breeding data available for Brisbane’s birds, would tend to indicate that birds do not regularly breed within Brisbane. This is supported by the apparent decrease in birds within the region over summer, during which this species may breed, although the exact breeding season is quite variable and poorly understood (Marchant & Higgins 1990). Birds are also quite nomadic, and may well move inland during times of flood in the Murray-Darling Basin, suggesting some possible connectivity between Brisbane’s birds and the inland population. More work is needed in this area to confirm such a hypothesis.

The reporting rate of Hardheads in Brisbane has been very variable over the Atlas period, with some years having birds reported on 30% of all checklists, while others have had reporting rates as low as 5%. This is likely explained by the species’ nomadic behaviours, with birds moving according to climactic conditions, both within Brisbane but also across the interior. The species is not of any significant conservation concern in the sense that Brisbane’s population is rather peripheral to the main distribution of the species in Australia, and appears to be fairly stable over time. Furthermore, the species is widespread across Brisbane and does not appear to be decreasing in numbers, suggesting that this species is not currently under threat.