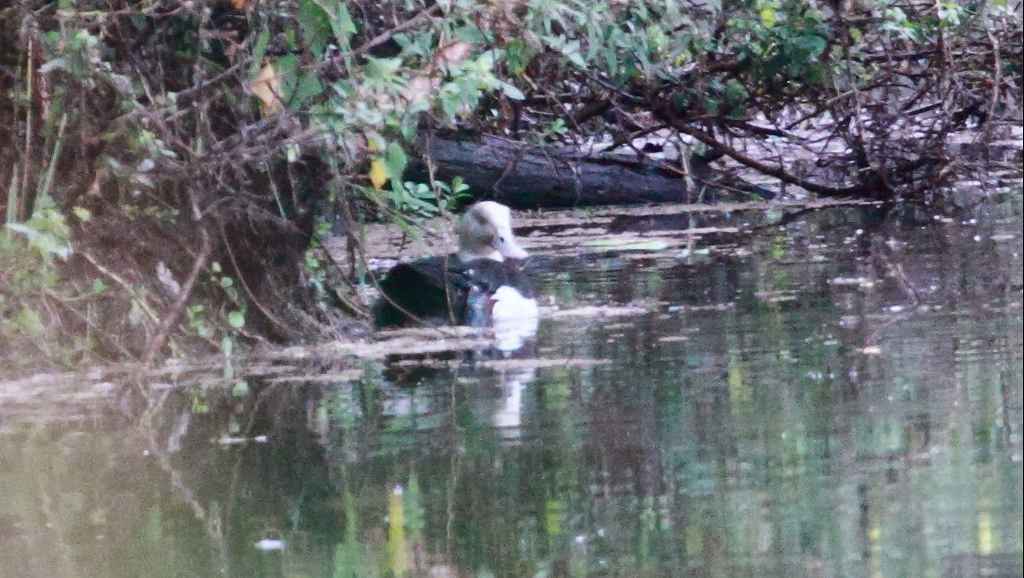 Rare vagrant from the north to Brisbane region. Not of conservation concern as the species is widely distributed across north Australia and the Indonesian Archipelago.

The Radjah Shelduck (aka Raja Shelduck or Burdekin Duck) is a medium-sized shelduck native to much of northern Australian and Indonesia. Birds are common down the coast of eastern Australian down to about Mackay, but thin out as one goes further south, becoming a vagrant south of about Rockhampton. All records in Brisbane to date have been of one or two birds.

An abundant colonial species across the bulk of their normal range, Radjah Shelducks can reach high numbers to the north of Brisbane, but are not typically particularly mobile, and only occasionally venture further south along the coast. There are several records of the species in Brisbane, so they are a moderately regular vagrant, but nonetheless are very rare within our region.

Birds could conceivably turn up in Brisbane at any time of the year, although most records to date appear to have come over the summer period from about October to February, indicating that this species may disperse during the northern wet season. Additionally, extreme weather events such as cyclones may be responsible for driving birds further south.

Radjah Shelducks are not currently threatened, although declines across much of the range have occurred over the last century; the species used to be much more common across north east New South Wales and the Kimberley.