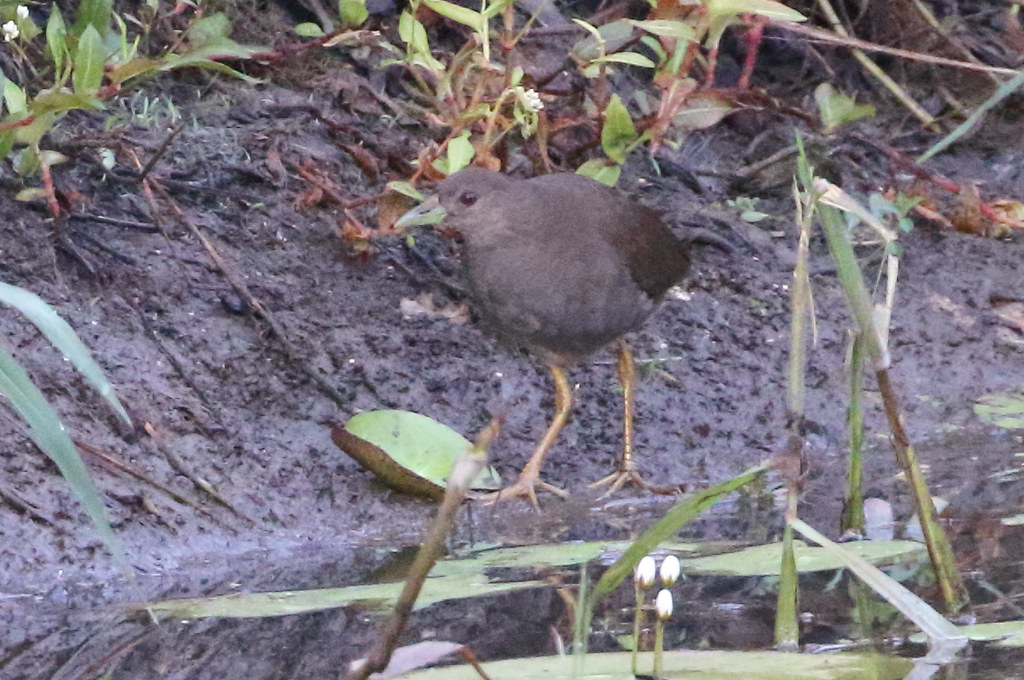 Rare and secretive resident of riparian habitats around the city. Seasonal variations in reporting rate most likely a result of this species' conspicuous calls during the breeding season but may also be indicative of annual movements.

A drab-plumaged bird, superficially similar to the closely-related but much more common Dusky Moorhen, the Pale-vented Bush-hen is a secretive species of rail found across much of the city wherever habitat is suitable. Birds are typically found individually or in pairs, although small family groups have been recorded at times. 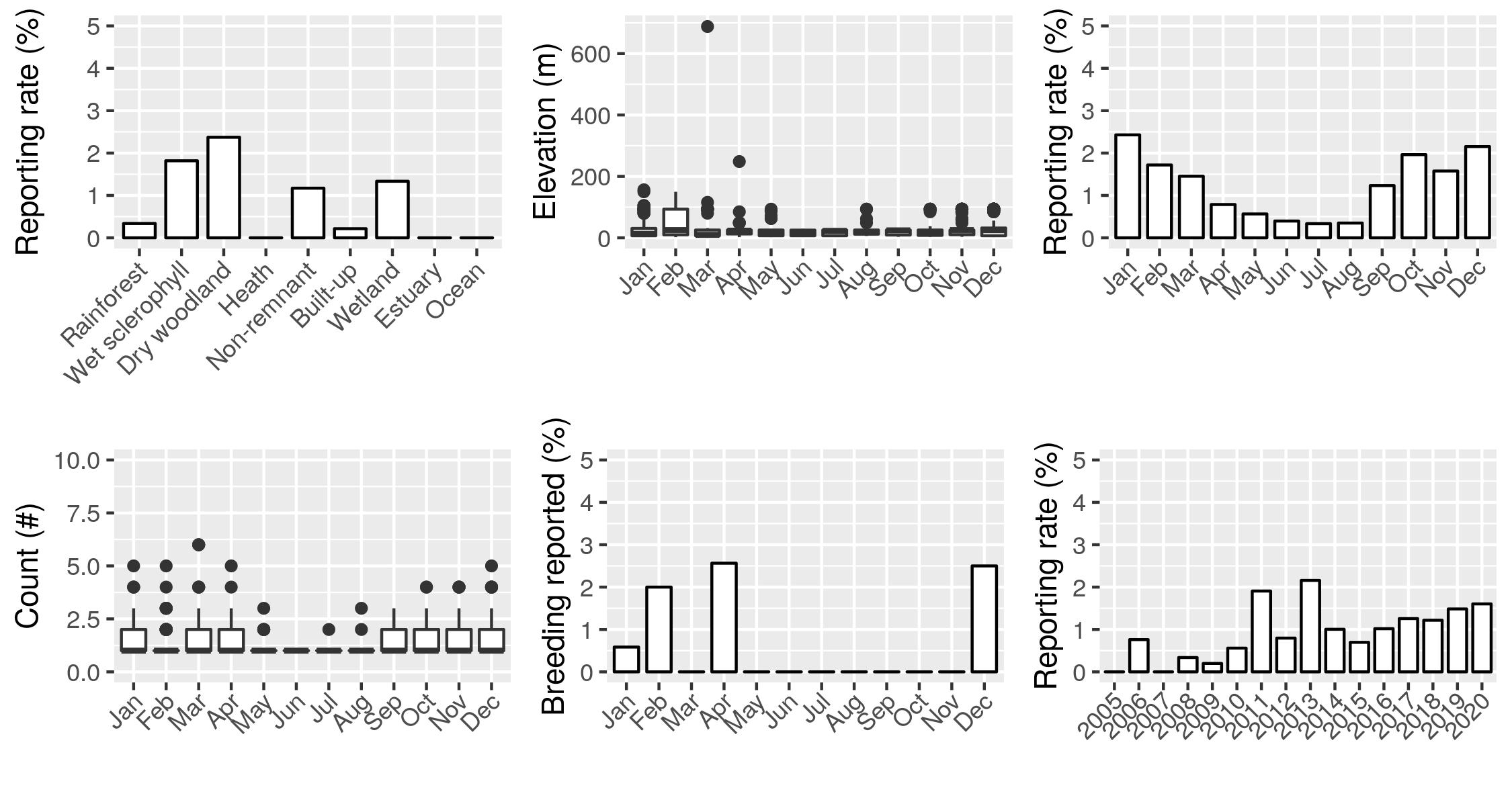 A skulking resident of dense vegetation lining creeks and gullies around the city, the Pale-vented Bush-hen is one of Brisbane’s rarer and more difficult to find species of waterbird, although birds can generally be located with some persistence at the right sites. Birds have been reported along the verges of most of Brisbane’s major creek systems, including Cabbage Tree Creek, Kedron Brook, Enoggera Creek, Oxley Creek and Bulimba Creek. Birds also occasionally turn up in other locations, but are generally found not too far away from water and suitable lining vegetation.

Birds are present in Brisbane year-round, although are reported much more frequently during the warmer months of the year between September and March. This is likely a result of birds being more active, showy and vocal during the breeding season in spring and summer, but may also be indicative of actual movements; this requires further investigation. Birds appear to be quite well-adapted to living in human-modified habitats, although at the same time seem to be quite wary of human presence, so are at moderate risk of disturbance and declines should they lose habitat in the future. Nevertheless, their population appears to currently be stable.

Bush-hens have been recorded from a large number of sites around the city, with reports in more than 50 Atlas squares. Almost all reports have come from riparian habitats, along densely vegetated creek lines, although the species might occasionally be found a little distance from water. Birds are seen most commonly along the verges of Kedron Brook, Enoggera Creek, Oxley Creek and Bulimba Creek, all low-lying systems within the Brisbane region; birds are rarely found above 50m in elevation. The species has not been reported from the densely-vegetated forest regions in the north west of the city, nor from Moreton Island or the bay, and likely does not occur in these regions due to lack of suitable habitat.

Pale-vented Bush-hens exhibit a large degree of seasonal variation in reporting rate, with a significant proportion of reports coming from the warmer months, between September and March. This is possibly due to birds being more vocal and conspicuous during this period, coinciding with the breeding season and birds searching for mates and establishing territories. However, it could also be indicative of seasonal migration to some extent; this needs further investigation. The species has been recorded breeding in the city a couple of times, with reports in February and December indicating a summer breeding season, in line with the peak in reporting rate observed. Beyond the change in reporting rate over the year, birds do not appear to move around significantly, with regular sites having reports in all seasons, although finer-scale reporting and analysis of records may uncover more subtle patterns.

The reporting rate for this species over the past decade appears to be quite stable, and indeed may be increasing slightly, indicating that this species is not at any imminent risk in the region. Given that Brisbane lies towards the southern end of this species’ distribution across Indonesia and Queensland’s coastline, it may well be the case that a southerly range expansion is occurring with warming climactic conditions, which would lead to a presumed increase in abundance locally. Once again, finer-scale monitoring and investigation of various factors is required here.