Rare escapee, only one bird known to have turned up in Brisbane. Relatively common in aviculture so potential for further escapes to turn up every now and then. No established feral populations in Australia.

The Mandarin Duck is a distinctive species of duck, native to north east Asia but introduced across much of Europe and North America. A common bird in aviculture, the only record in Brisbane is of an escaped bird. Further escapees may turn up from anywhere in Brisbane, presumably close to water. Not threatened globally, and no established feral populations in Australia. 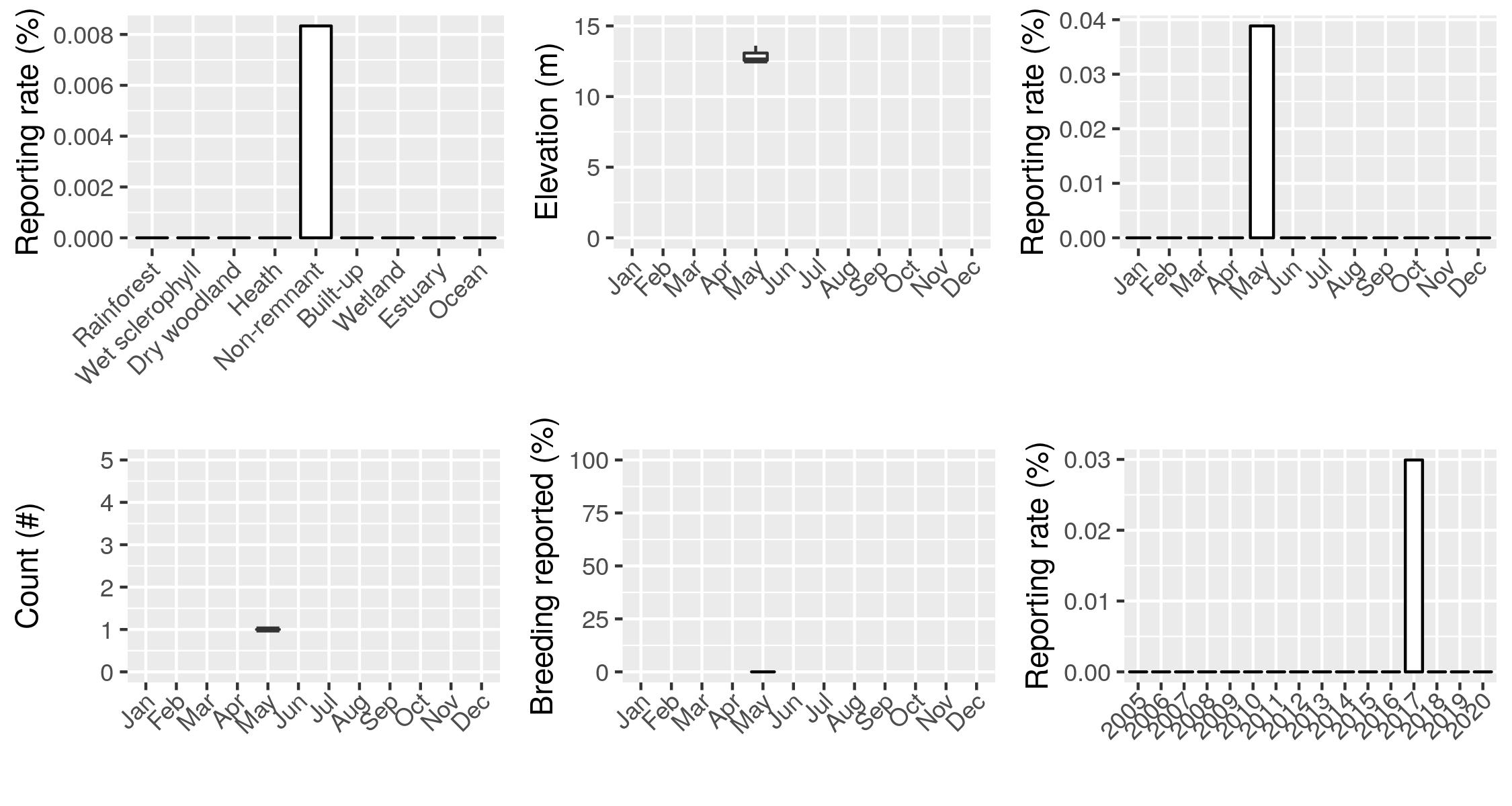 A favourite among duck-keepers and aviculturists, the Mandarin Duck is a distinctively-plumaged species of waterfowl native to eastern China, Russia, Korea and Japan, with established populations across parts of Europe and North America. Within Australia, they are moderately common as pets and farmyard animals, but there are no established feral populations; all records outside of enclosures are presumed to be of escapees (although it is possible, but highly unlikely, that a wild bird could turn up as a vagrant). There is only one record of an escaped bird in Brisbane, an adult male in Taringa in 2017 (Gilfedder 2017a).

Within their native range, Mandarin Ducks are moderately common, having once been widespread before habitat destruction and exploitation reduced populations significantly. Birds favour waterbodies with large amounts of vegetation, although escaped birds in Brisbane are likely to be found anywhere there is water. The exact locations of any escapees are difficult to predict without knowing where birds are currently kept, although it is likely most Brisbane birds are kept on larger plots of land with suitable small ponds and lakes; these are more common out in the western suburbs.

Escapees could turn up at any time of the year.

So far, with only one record of an escaped bird, there are no apparent trends in the appearance of Mandarin Ducks in Brisbane.